In Memory of Don Downie 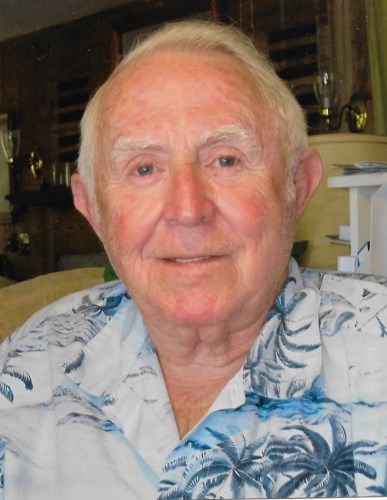 The  Pompano Beach Historical Society thanks Rose Downie and her family for thinking of us at this very sad time.

Long-time Pompano Beach resident Donald Edward Downie passed away on April 22 with his family at his side.

Mr. Downie came to Pompano Beach from Miami at the age of five.

Growing up he lived with his family in a Kester Cottage on Atlantic Boulevard and graduated from Pompano High School in 1952. He was a dyed-the-wool “Beanpicker” and a life-long, good-natured enemy of the school’s archrival, Fort Lauderdale High.

He served one year in the U.S. Army after graduation and then worked for a time at the Pompano Mercantile, where he was entranced listening to the stories of pioneer farmers and local “old-timers” who helped forge this small farming community into one of Broward County’s largest cities.

Mr. Downie’s father, Edward, had established Downie Jewelers in 1947. Young Don worked at the store in the 60s, and was “introduced” to his future wife, Rose O’Dell. She says her husband’s “outgoing personality” was one of his many attractions. They met at the old Pompano Pharmacy on Northeast 1 Street, which was, at that time, bustling, not only with prescriptions and sundries but also a popular lunch counter where Rose often ate her lunch. Rose worked near the pharmacy for a chiropractic group and was a regular at the counter.

“I knew his father before I even met Don,” she says. “One day, as I was leaving the pharmacy, Don walked across the street, waved, and asked me out.” That was April 1960; they married six months later at the First Presbyterian Church, dubbed the “Pink Church.”

In 1972, Don and Rose purchased the store from his parents. Soon after they expanded to include a store located in Boca Raton at the Royal Palm Plaza.

But this successful business could not contain Mr. Downie’s boundless energy. Pompano’s history stirred strongly, as did a myriad of recreational and civic activities.

Dan Hobby, historian and author, says, “[Don] was an energetic person. He was always up to something and didn’t even like to eat lunch because it took too much time.”

Mr. Downie was an active member of local service clubs, including Jaycees, Exchange Club and Pompano Elks, where he served on its board of directors.

In 1962, Mr. Downie was a founding member of the Pompano Beach Historical Society, dedicated to historical preservation.

He rode his bicycle regularly about the neighborhood. Those rides eventually evolved into published history. Entitled “As I Ride My Bike,” Mr. Downie wrote a series of essays based on Pompano’s historic sites and his relationships with pioneers he knew as a youth.

Says Hobby, “Don became conscious of the Pompano pioneers who were passing away. He began recording the homes and families whose histories might be forgotten. They are the memories of his own childhood: the people, their occupations and their homes. He wanted to preserve, in written form, the knowledge of Pompano’s pioneers. The town was changing very fast. One elderly resident told him that he was beginning to feel like a stranger in the town where he grew up.”

The bicycle papers are now stored at the Historical Society Museum.

Jerry Bowman, a close friend of Mr. Downie is well aware of his pal’s love of history as well his fascination with cars. “Don had a love of antique cars. He had two Fords, a 1928 and a 1929. But his 1939 pick-up truck was his favorite for parades and other occasions,” says Bowman. With a laugh, Bowman adds, “We also saw that truck being towed on other occasions.” 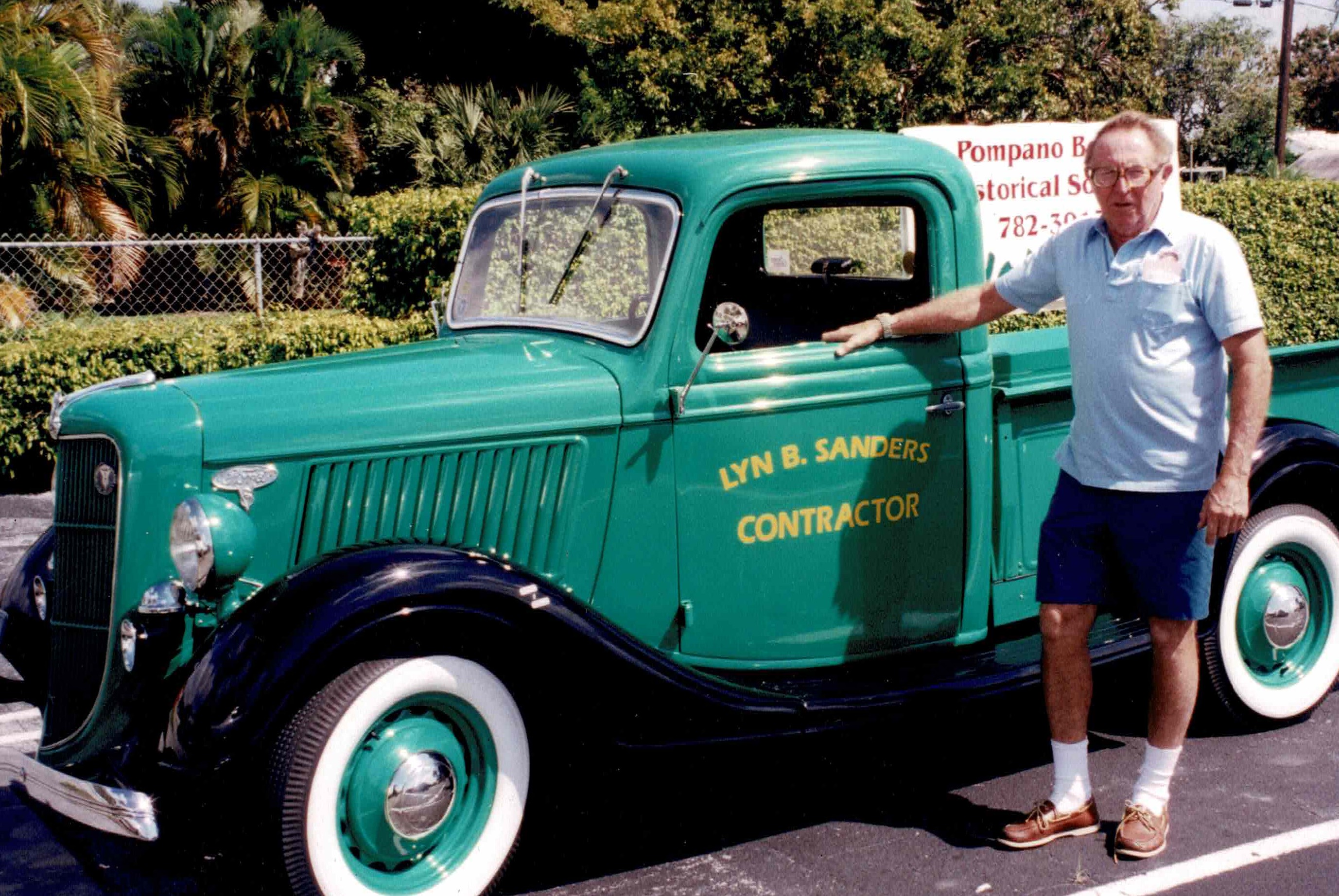 And it was Fisher who declared “Don Downie Day” two decades ago after Mr. Downie completed a map that documented the early pioneer homes. That map hangs at city hall today.

“He allowed me to help in that project,” Fisher says. “If he wasn’t sure about a name or place, he would call me to his house. I had to check it out with my dad. Don will truly be missed, and I will always remember the times we had together talking about Pompano.”

Mr. Downie’s friends will miss him, but they will also remember him as they pass his pioneer map at city hall, take note of the light post at Founders Park and recall his writings.

But his most visible tribute to the Pompano pioneers stands at the Pompano Beach Recreation Center [Emma Lou Olson Civic Center]. Mr. Downie conceived, designed and raised funds to salute those early pioneers. Dedicated in 1999, the granite obelisk, 20-feet high, is engraved with their family names.

Services for Mr. Downie are set for May 21 at the First Presbyterian Church 2331 NE 26 Ave., Pompano Beach at 1 p.m. in the sanctuary.

A celebration of life will follow at the Sample-McDougald House, 450 NE 10 St. in Pompano Beach, where his famous antique pick-up truck will be on display.